The rise and fall of Kweichow Moutai and Ant Group’s suspended IPO in November 2020 raised questions about the efficiency of China’s stock market. In 2020, China’s stock market was riding high. The second-biggest in the world after the US, by mid-October its total value had rocketed past US$10 trillion, a record high. An even bigger milestone was on the horizon: On November 5, the financial world was anticipating with intense excitement the IPO of China’s Ant Group, the biggest the deal in history. The offering was set to raise close at least US$34 billion and would make Ant Group the world’s most valuable fintech company.

Demand for shares reach up to US$3 trillion as investors around the world sought a piece of the cake. But on November 3, just two days before the launch, China’s government halted the deal. The IPO was suspended by the Shanghai stock exchange, quickly followed by its counterpart in Hong Kong. The Shanghai stock exchange issued a notice to the company saying the action had been taken following “reported changes in the financial technology regulatory environment and other major issues” which “may cause your company to fail to meet the issuance and listing conditions or information disclosure requirements.”

The repercussions were immediate and global. The next day, Hong Kong listed shares in Alibaba, which owns about one-third of Ant Group, fell by more than 7 per cent while Alibaba’s shares on the New York Stock Exchange dropped more than 8 per cent.

For some, the shock suspension was a confirmation of their doubts about China’s stock market.  “It has confirmed all the stereotyped images that some people might have previously had [about Chinese markets and regulation],” one banker told Asian Investor.

Kweichow Moutai, meanwhile, achieved stellar growth in mid-2019 with a stock market valuation of more than US$200 billion, making it China’s most valuable company outside of technology and financial services firms. The company had rebounded after gaining appeal among middle-class consumers following a drop in the popularity of its premium-priced liquor due to anti-corruption measures in 2013. In mid-2020, though, its shares lost about US$25 billion in value after it was accused of reaping the benefits of corruption, according to a report in the Financial Times. Despite the drop, the company is still China’s largest listed company with a market capitalization bigger than that of China’s largest bank and it remains the highest valued drinks company in the world.

Both cases have raised questions about the efficiency of China’s stock markets. Market efficiency gives investors confidence that the market prices are a good indicator of a firm’s future earnings, as the prices are based on all relevant and available information.

The researchers note that China’s financial system is dominated by its state-owned banks, which are the key instrument of the country’s centrally planned investment policy. The banking sector has grown to US$35 trillion in assets, but concerns about investment efficiency and non-performing loans have also grown. “In particular, as a capital allocation channel, China’s stock market has been a side experiment, derided as a casino[1], dominated by retail investors and subject to frequent regulatory interventions and significant restrictions on the tradability of shares,” they write.

They set out to find if this was a fair view based on a scrutiny of data from 1995 to 2015. For privately-owned firms in China, they studied the links between stock prices and future firm investment, with the expectation that these would parallel the link between prices and profit.

Privately owned companies are a crucial part of China’s economy and contributed more than 60 per cent of the country’s GDP growth in 2018, according to the Financial Times. They employ about 340 million people and are a key driver of China’s technological innovation. On the investment side, about 99 per cent of investors in China’s stock markets are retail investors, who are often described as gamblers rather than seekers of long-term solid investors. In comparison, institutional investors account for 62 per cent of US equities investments. In the US, about 52 per cent of individuals own stocks compared to about 7 per cent in China, where wealth management products and savings have been more popular.

The study’s results showed strong correlation between the prices and profits link and prices and investment link for these firms. In a separate study, they also found correlation between price informativeness and investment efficiency for private firms. They concluded that stock prices in China are as good an indicator of firms’ future profits as they are in the US. “China’s stock market no longer deserves its reputation as a casino,” say the researchers.

The value of China’s stock market is central to the country’s continued growth. Under China’s bank-centred model, the country has seen unprecedented growth. China’s GDP has been tripling for three decades and it is now the world’s biggest investor. Its stock markets have also grown. The Shanghai Stock Exchange was the global leader in Q3 2020 for fundraising as well as listings, according to KPMG, and the A-share, or domestic, market was up 154 per cent in funds raised compared to a year earlier. “The A-share market has maintained strong momentum despite global uncertainties and the COVID-19 outbreak earlier in the year. The pipeline remains healthy, boosted by the number of applicants in the registration-based STAR market and the ChiNext board, indicating solid confidence among IPO applicants,” says KPMG’s report “Mainland China and Hong Kong 2020 Q3 review: IPOs and other market trends.”

According to Carpenter et al, contrary to popular perception China’s stock market is capable of stepping up to the task of fuelling the country’s continued growth because stock prices in China are now on a par with the US when it comes to informing about firms’ future profits.  Their findings show that “China’s stock market has the potential to allocate capital and guide corporate investment efficiently.” This potential has increased due to reforms to the stock market that were carried out in the early 2000s, most notably the Split-Share Structure Reform of 2005, which is credited with widening the investor base. Private firms have also increased their investment efficiency compared to state-owned firms.

One hurdle faced by Chinese firms is the higher costs of equity capital they face compared to US firms. Based on preliminary evidence, the study shows that higher volatility of returns in China and the smaller range of opportunities for international diversification were linked to higher realized CNY equity premiums in China compared to USD equity premiums in the US.

Many Chinese companies have listed or cross-listed in the US. This cross-listing lowers the cost of capital for firms listed in the US, according to a Forbes 2020 report. “A key benefit of cross-listing, and undoubtedly a major driver of the cross-listing premium, is the reduced cost of financing available to cross-listed firms. Companies pay less to raise money, whether by selling stock (equity) or capital or debt. They are said to enjoy a lower “cost of capital.”  According to the report, in August 2020 year-to-date, more than 20 Chinese companies had gone public on either the Nasdaq Stock Market or the New York Stock Exchange and raised a total of US$4 billion, more than the US$3.5 billion raised by 25 Chinese companies on US exchanges in 2019.

Perceived higher risks also increase costs. “In addition, China’s stock market delivered a USD alpha of almost 1% per month relative to traditional US and global benchmarks, consistent with the hypothesis that the risk of trading and repatriation suspensions faced by foreign investors is elevating China’s equity cost of capital,” say the researchers. They suggest that increasing diversification opportunities for domestic investors and increasing foreign investment in the stock market could lower the costs of equity capital, leading to a boost in corporate investment and economic growth.

Beyond the Butterfly Effect: How an ancient civil exam shaped the China of today17 May 2021
Serious Business: Why changes in the perception of ethical leadership are important to companies19 July 2021
Trending 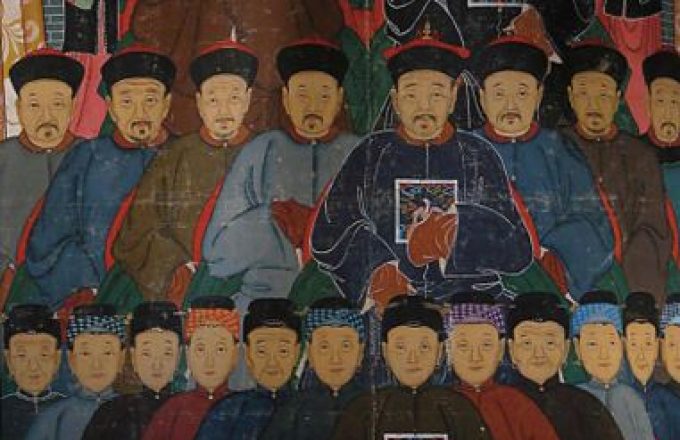 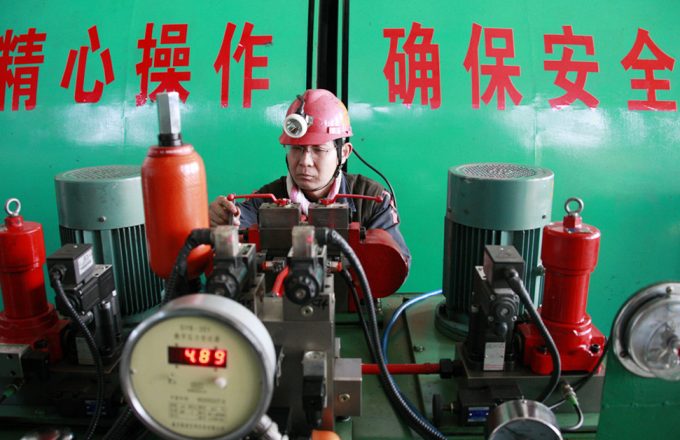 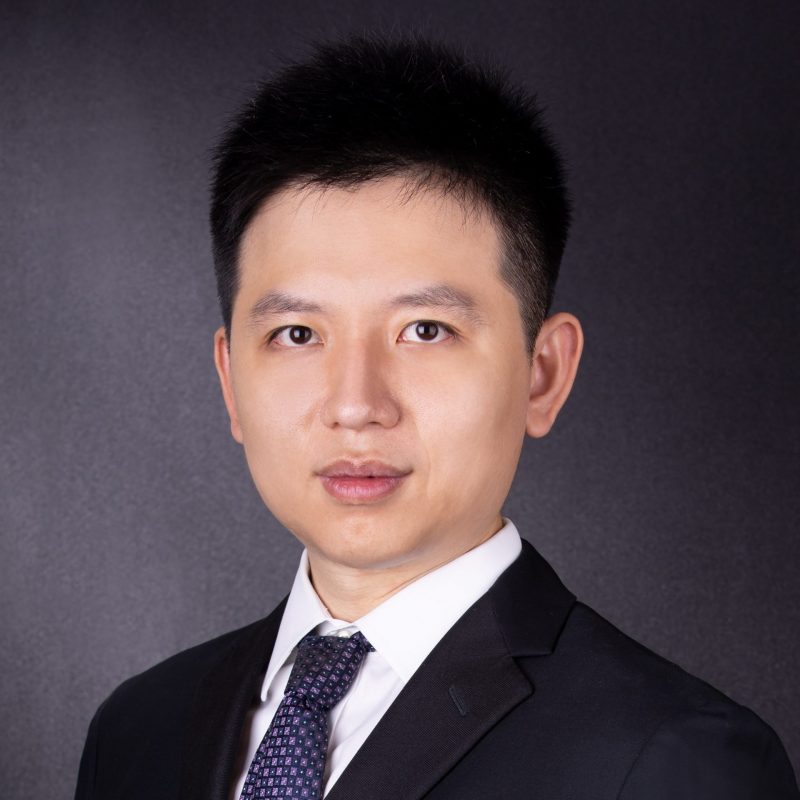