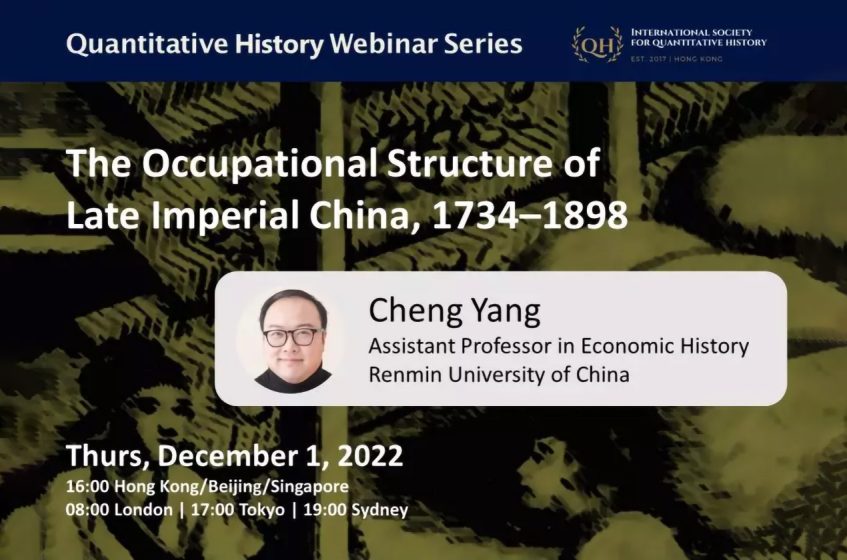 Based on the Xingke Tiben (刑科題本 Board of Punishments Routine Memorials), Cheng Yang of Renmin University of China assesses the long-run economic development of China, by constructing a new estimate of the male occupational structure during 1734–1898 by sector, sub-sector pattern, and region. After assessing the source’s biases, using this new empirical basis, he demonstrates that the national male occupational structure was nearly identical in 1761–70, 1821–30, and 1881–90, suggesting a long-lasting structural stasis of the national economy, allowing for fluctuations between benchmark dates. Within agriculture, substantial regional differences in labour organisation are revealed.

In this Quantitative History Webinar, Cheng Yang will present the three distinct models found in his study: the Northern Regions model features a high usage of wage labour, the Yangtze Valley model presents a high level of tenancy development, and the Southern Regions model displays the highest share of landowners. All three models saw increasing use of wage labour in 1761–1890 and shrinking landownership in 1821–90. At the regional level, the long-run estimate for Lower Yangtze suggests that the region as a whole stagnated throughout the entire period, but the overall structural stasis hides dynamic, contrasting long-run economic change between the region’s core and peripheral areas. Comparative analysis with England further suggests that the timing of the Great Divergence between China and England took place before 1734, even in the context of the regional difference.

Webinar replay will not be made available, so don’t miss out on this live event.

About the Speaker: Cheng Yang is also a member of the Cambridge Group for the History of Population and Social Structures

The Quantitative History Webinar Series aims to provide researchers, teachers, and students with an online intellectual platform to keep up to date with the latest research in the field, promoting the dissemination of research findings and interdisciplinary use of quantitative methods in historical research. The Series, now in its third year, is co-organized by the International Society for Quantitative History, HKU Business School, and Hong Kong Institute for Humanities and Social Sciences. 量化歷史網上講座系列由香港大學陳志武和馬馳騁教授聯合發起並舉辦，旨在介紹前沿量化歷史研究成果、促進同仁交流，推廣量化方法在歷史研究中的應用。本系列講座由國際量化歷史學會、香港大學經管學院和香港人文社會研究所全力支持和承辦。 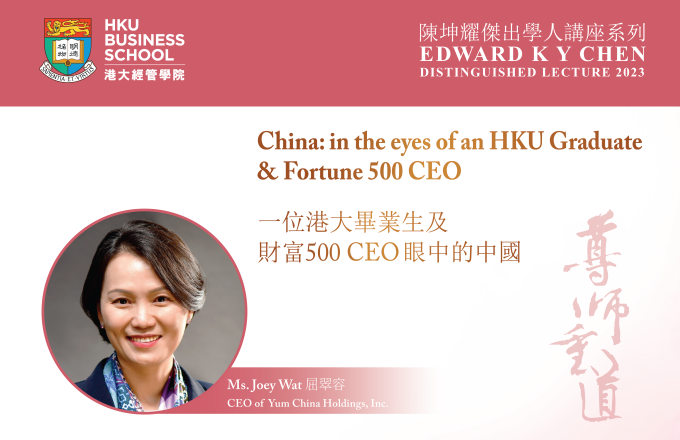 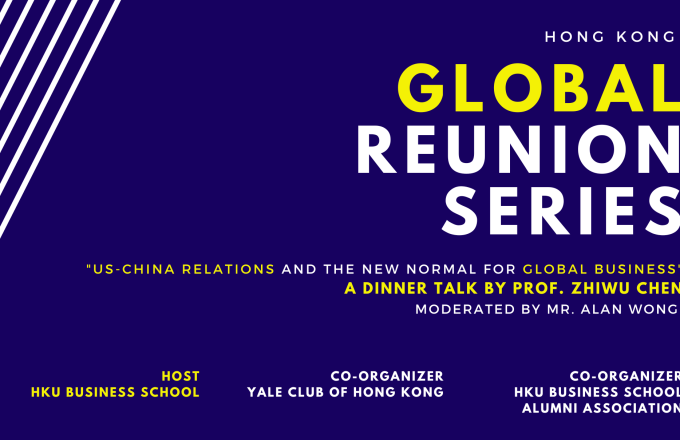 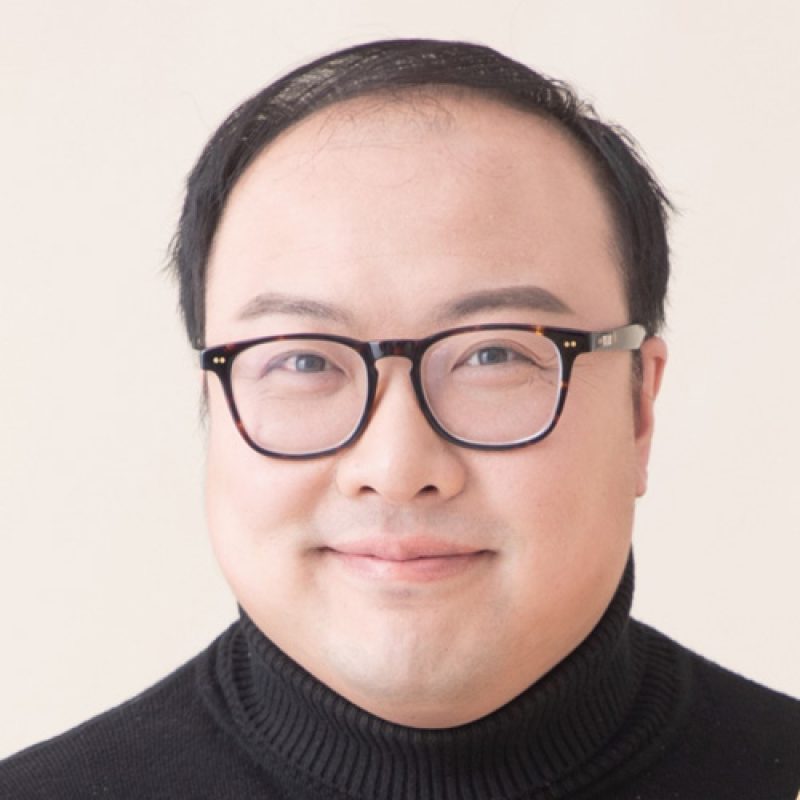