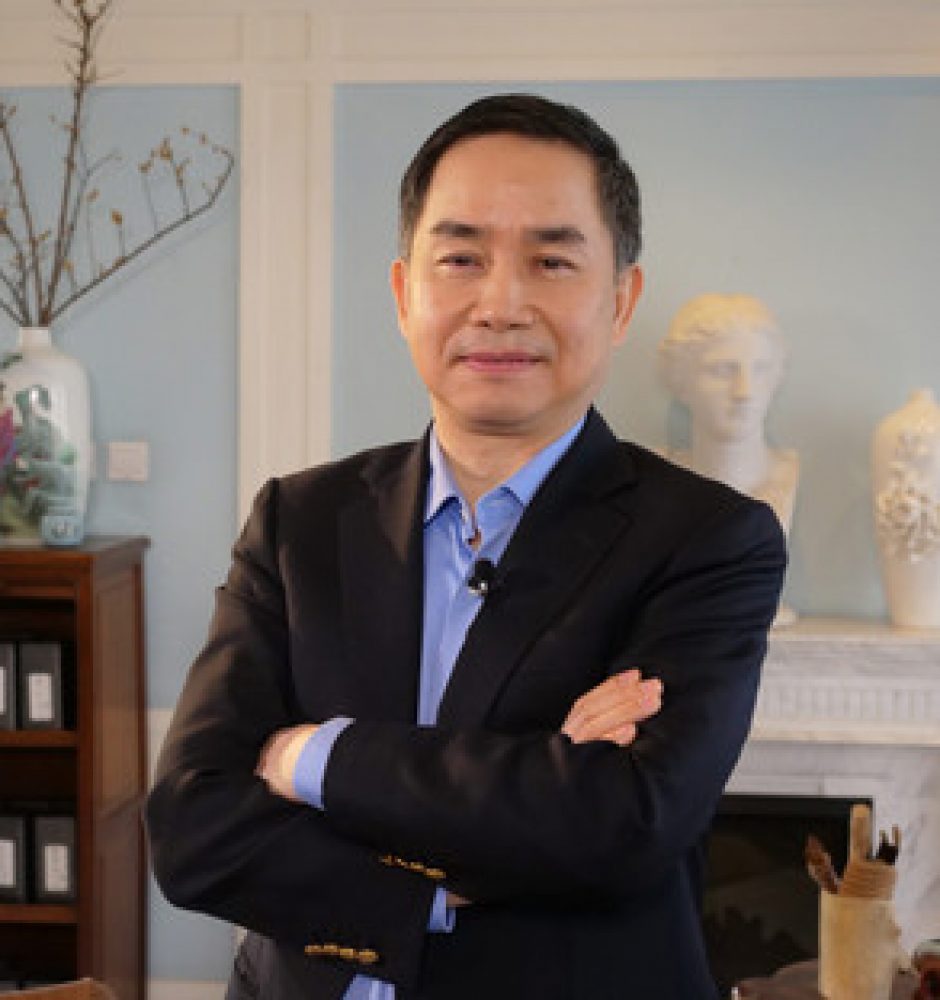 Professor Chen has been a member of HKU Council since November 2018. He is on the board of directors of Noah Holdings and Bairong Inc. He also served on the International Advisory Board of the China Securities Regulatory Commission (CSRC) (2012-19), the Expert Advisory Board for the formation of the China Investment Corporation (2007), and on the board of directors as an independent non-executive director at IDG Energy Investment (2016-18) and Bank of Communications (2010-18); as an independent director at PetroChina (2011-17) and Lord Abbett China (2007-15). He was on the Board of Trustees of the Yale China Association, the 12th and 13th Five-Year Plan Advisory Commission to the Beijing Municipal Government, and the Chief Academic Advisor to two 10-episode CCTV documentary series, “Wall Street” and “Money”. He was a co-founder and partner of Zebra Capital Management from 2001 to 2011. In Burson-Marsteller’s 2012 “G20 Influencers” report, Professor Chen was listed as one of the top ten political influencers in China.

Professor Chen is a frequent contributor to media publications in China on topics of economic policy, market development, institutional reform and historical research. His work has been widely published and regularly featured in major newspapers and magazines in the United States, Hong Kong, China and many other countries. His Chinese books include: How Is Wealth Created? (2005), Media, Law and Markets (2005), Why are the Chinese Industrious and Yet Not Rich (2008), Irrational Overconfidence (2008), The Logic of Finance (2009), 24 Wealth Lectures (2009), Assessing China’s Economic Growth of the Past 30 Years (2010), On the China Model (2010), The Logic of Finance 2: Path to Individual Freedom (2015), Introduction to Finance (2018) and Introduction to Investment (2019). He is currently working on a book manuscript, Logic of Civilization, that explores a number of human innovations, including mythology or magic and supernatural beliefs, technologies, social structures, cultural norms, religions, financial markets, and the welfare state. He has received research awards including the Graham and Dodd Award (2013), the Pacesetter Research Award (1999), the Merton Miller Prize (1994), and the Chicago Board Options Exchange Competitive Research Award (1994). He has also received a number of book awards in China and Hong Kong, among which are 23 awards for The Logic of Finance in China and Hong Kong, and the best book award from hexun.com for Why are the Chinese Industrious and Yet Not Rich.

China’s desire to escape the shadow of the U.S. dollar and build an alternative infrastructure for global finance is being stymied by one major factor: Its reluctance to loosen the shackles around its own currency. By creating the Cross-Border Interbank Payment System, or CIPS, back in 2015, the Chinese financial authorities had hoped to provide a way for companies and individuals to keep money flowing internationally — even if China were ever to come under the same kind of economic pressure Western countries are currently meting out to Russia, following its invasion of Ukraine. The problem is that CIPS has neither the scope nor the technical capability to match its Western counterpart — the Society for Worldwide Interbank Financial Telecommunication (SWIFT), often described as the Gmail of the global banking system.

The risk of additional sanctions deters Chinese lenders, while a fledgling payment network relies on the Swift global system

China’s smaller banks could come under greater scrutiny over financing to Russia as the nation’s biggest lenders are already showing signs of complying with U.S. and European sanctions in a bid to protect their large international footprints.

It’s been a record year for China’s internet moguls, but not in the way most would have hoped. The country’s 10 richest tech tycoons lost $80 billion in combined net worth in 2021, according to the Bloomberg Billionaires Index, amid widescale crackdowns by Chinese regulators. The drop represents almost a quarter of their total wealth and is the largest one-year decline since 2012, when the index started tracking the world’s richest people.

Every once in a while, a company grows so big and messy that governments fear what would happen to the broader economy if it were to fail. In China, Evergrande, a sprawling real estate developer, is that company.

教学人员
22Nov
Prof. Zhiwu CHEN
China Property Moguls Use Billions of Their Own Cash on Rescues

Billionaire owners of Chinese developers have dipped into their own pockets for at least US$3.8 billion to save their troubled companies from default, as a cash crunch engulfs the industry. From sales of luxury assets to stakes in sought-after listed companies, the personal balance sheets of China's property tycoons have become key for investors to determine whether developers will meet their debt obligations.

China Evergrande, the struggling real estate giant, said on Wednesday it had ended its effort to sell a stake in its property services company to another developer, its latest setback following weeks of missed interest payments. The now-scrapped sale of a 50 percent stake in Evergrande Property Services would have raised about $2.6 billion. The termination comes as Evergrande is scrounging for assets to sell to help pay angry home buyers, contractors, employees and creditors. Evergrande is just days away from defaulting on an $83 million interest payment that it skipped in September.

Shares of China Evergrande, the troubled real estate giant whose fate has contributed to jitters in global markets, fell again on Tuesday amid a new prediction that it would soon default.

Anxious investors, employees and suppliers describe a scramble inside teetering Chinese property giant Evergrande, in a crisis that has shaken public trust as it struggles to tide over a liquidity crunch.

Every once in a while a company grows so big and messy that governments fear what would happen to the broader economy if it were to fail. In China, Evergrande, a sprawling real estate developer, is that company.

A whistleblower from one of China’s most powerful banks says its shady dealings highlight how Hong Kong’s financial system is increasingly at the mercy of Beijing.

HSBC Holdings Plc is shipping senior executives from its London headquarters to Hong Kong to seal a pivot by Europe’s largest lender to Asia. The moves are also stoking some discontent. Already smarting from a cut to the bonus pool after losses in Europe, some senior executives in Greater China worry their push into the world’s second-largest economy could be slowed by added bureaucracy and blurred reporting lines, according to people familiar with the discussions who asked to remain anonymous discussing a sensitive issue.

Zhiwu Chen, director of the Asia Global Institute, shares his views on what the incoming Biden administration could mean for US-China relations and the trend of secondary listings of Chinese companies in Hong Kong at Bloomberg Markets: China Open Full Show.

“It is not new that the party regulates everything, including private businesses and especially private financial businesses, as this had been … explicitly stated in China’s constitution,” says Zhiwu Chen, a finance professor and director of the Asia Global Institute at the University of Hong Kong. “But many private businessmen did not take this seriously. The recent Ant episode was a wake-up call.”

It has not taken long for the wheels to come off the Belt and Road Initiative. As recently as May 2017, China’s leader Xi Jinping stood in Beijing before a hall of nearly 30 heads of state and delegates from over 130 countries and proclaimed “a project of the century”.

When Jack Ma last week chose to speak truth to power about the failings of China’s financial system, he was aiming very high — perhaps too high. The founder of ecommerce business Alibaba, already China’s wealthiest man, was set to become substantially richer when his online finance spin-off Ant Group debuted on the Hong Kong and Shanghai stock exchanges on Thursday. At $37bn, it was going to be the world’s largest ever initial public offering.