HKU Business School is dedicated to Hong Kong economic policy research with an aim to create positive change in the community. Subsequent to the successful launch of the very first Hong Kong Economic Policy Green Paper and the inaugural conference last year in encouraging fruitful discussions, this year, the School will join hand with Hong Kong Institute of Economics and Business Strategy, Institute of Digital Economy and Innovation and Asia Global Institute to host the second conference entitled “The Future of Hong Kong Economy” under its Thought Leadership Conference Series 2022. The conference will serve as an exchange platform to foster discussion among well-regarded scholars, policy makers, business leaders and the community, with an aim to contribute to local, regional and global sustainable economic development in the long run. 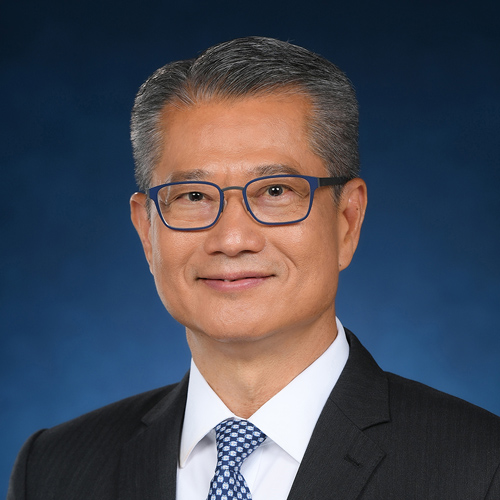 Before joining the Government, Mr Chan held a number of public service positions including member of the Legislative Council and Chairman of Legal Aid Services Council.

Mr Chan served as Secretary for Development from July 2012 to January 2017. He has been Financial Secretary since 2017. 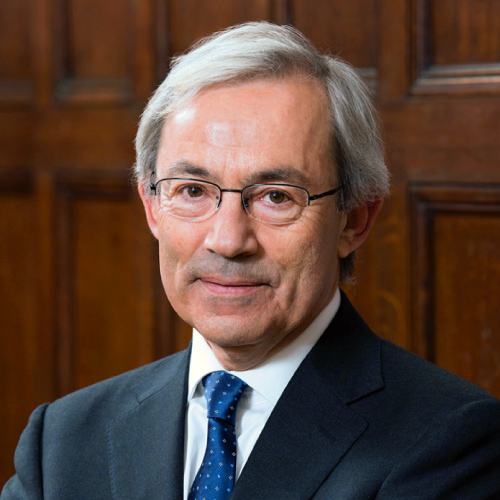 Sir Christopher Pissarides is the 2010 Nobel Prize laureate in economics, the Regius Professor of Economics at the London School of Economics and the Professor of European Studies at the University of Cyprus. He is a macroeconomist who specialises in the economics of labour markets, economic growth and structural change, especially as they relate to obstacles to free-market clearing. He has published extensively in academic journals and his book Equilibrium Unemployment Theory is a standard reference in the academic literature on unemployment, which has influenced extensively labour market policies. He has received several prizes, awards and prestigious Academy fellowships for his work, including the Grand Cross of the Republic of Cyprus and a knighthood from Queen Elizabeth II. In the last decade he has mainly worked on the employment implications of automation and artificial intelligence and on the emergence of China as a global economic power. He has recently been involved in the preparation of a Report on the development of the Greek economy, which bears his name, and through his position as Co-Chair of the Institute for the Future of Work in London he is actively involved in securing the conditions for the creation of good work in the age of automation. 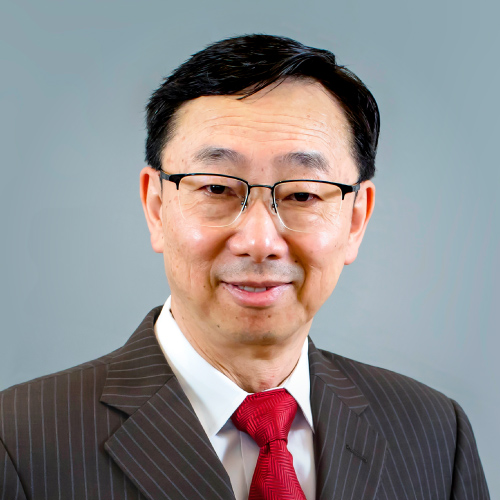 Mr. Tao ZHANG has been Chief Representative of the Bank for International Settlements (BIS) Office of Asia and the Pacific since September 2022. Prior to this, he was Chairman of the Supervisory Board at the People’s Insurance Company (Group) of China Limited (PICC). He also served as Deputy Managing Director of the International Monetary Fund (IMF) in Washington, DC during 2016-2021.

Mr. Zhang has extensive policy making experiences both in international arena and at the national level in China. As the IMF’s Deputy Managing Director, he oversaw the Fund's engagement with more than 100 member countries around the world. As a key member of the IMF’s Management Team, he had a wide portfolio, ranging from financial stability policies, fintech and digital currencies, climate change, sustainable growth, gender, to anti-money laundering and combating the financing of terrorism. He played a key role in helping to strengthen the Fund’s relationship with partner institutions, from the World Bank to the UN family, and many other international and regional organizations. Earlier in his career, he had worked as an economist at the World Bank in Washington, DC (1995-1997), and the Asian Development Bank in Manila, the Philippines (1997-2004).

Mr. Zhang also held senior positions with the People’s Bank of China (PBOC), China’s central bank, including as a Deputy Governor and heads of various departments, and contributed to a broad range of policy issues, including research, fintech, institutional reforms, statistics, legal, and international affairs since 2004.

Mr. Zhang has an M.A. and Ph.D. in International Economics from the University of California, Santa Cruz, USA, and a B.S. Electrical Engineering and M.S. Financial Engineering from Tsinghua University, Beijing, China. He has published in both Chinese and English academic journals.

Sequence of speakers is in alphabetical order of surname.

Sequence of logos is in alphabetical order of company name.

Join us as a sponsor to take part in the Conference and support our efforts in fostering local, regional and global sustainable economic development.

If you have questions about the conference or interested in learning about the sponsorship opportunities, please contact us at fbe.conference@hku.hk.